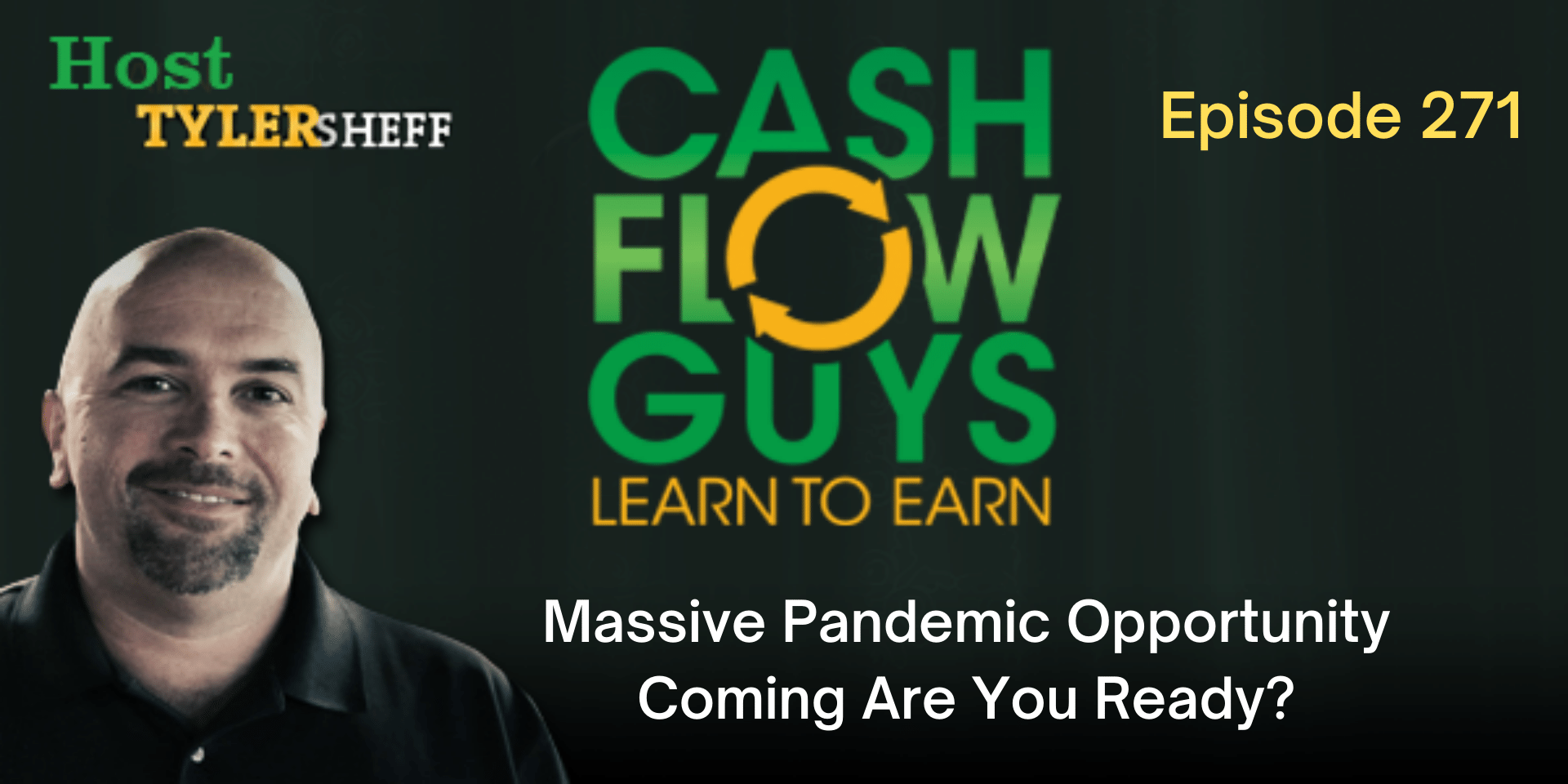 0.75x
1x
1.25x
1.5x
2x
0:00
00:20:24
Apple PodcastsGoogle PodcastsPlayer EmbedShare Leave a ReviewListen in a New WindowDownloadSoundCloudStitcherSubscribe on AndroidSubscribe via RSSSpotifyCheck out the podcast on iTunes
Subscribe to The Podcast

According to Hud’s Housing Market Indicators Monthly Update for January 2021,  40.3% of Mortgages in America are reporting as delinquent as compared to 28.1% at the same time last year (Comparing January 2020 to January 2021.

2,056,000 mortgages are considered seriously delinquent (which means over 90 days past due)

Only 5% are in forbearance

That means that there is a title wave of defaulted assets building up looking for a shoreline to destroy.

What does this mean for you?  MASSIVE OPPORTUNITY!

When the title wave hits it will be epic, beyond imagination and that’s not a conspiracy theory…that’s a fact!

The Federal Government will likely extend the foreclosure ban when it’s up for renewal in an effort to plug a leak in the dam that’s only temporarily holding back the water.

It doesn’t really matter whether you are for or against the foreclosure ban because it’s already happening, and there is nothing you can do about it, except PROFIT!.

There will be no flick of a pen to put cash in the accounts of lenders, especially on privately held mortgages.  Big banks will likely get bailed out again but note investors could get wiped out.

How does this spell opportunity?

For starters, mortgages that originated in the last several years were likely written at very low-interest rates.

In the lifetime of any mortgage, the value of the property that secures it will rise and fall and rise again, that’s undeniable.

Origination is the most expensive part of a mortgage for the borrower, after that it’s just interest and principal payback provided it’s paid on time.

Let’s compare it to buying a new car versus buying a used car.  When you buy a new car it’s estimated that it loses 10-20% of its value the very second you pull it off the lot.

Much more is lost if your negotiating skills are lacking or you become desperate to sell it.

That money, once spent, is often considered gone forever unless the buyer waits for the property to appreciate to a level that absorbs those closing fees.

As an investor, when you buy a property from a motivated seller you can often secure a significantly discounted price and save a small fortune if you buy with cash or private money.

By private money I don’t mean the typical hard money loans you hear about at your local real estate meeting or club, I’m talking about financial friends you assist in funding your purchases for the long term in order for them to capitalize on a much longer-term gain than is typical with other types of structures.

Buying a property “subject to” means the underlying mortgage stays attached to the property and in the seller’s name.  The deed is transferred into your name which means you own the property but the seller’s lender has a lien against it in the form of a mortgage.

Provided you stay current on the loan, it’s likely you can simply make payments until paid in full with no issue.

Here’s a great time to hire a Real Estate Attorney that’s well versed in the process to assist you in preparing the contracts and disclosures necessary to inform the seller of how things are going to happen.

Here’s an example of what I mean:

He is having a tough time keeping up with his mortgage, in fact, he is 90 days past due.

Like most Americans, Jimmy doesn’t have $5,000 laying around to get caught up, and each month it gets worse.

Today the payoff would be approximately $222,000 if you bought it today.

This means that over $200k net profit is a reasonable event after paying commissions and fees.  The only question that remains is, how much of that $200k are you willing to share with Jimmy and your team?