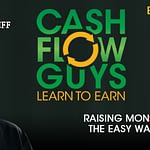 0.75x
1x
1.25x
1.5x
2x
0:00
00:16:44
Apple PodcastsGoogle PodcastsPlayer EmbedShare Leave a ReviewListen in a New WindowDownloadSoundCloudStitcherSubscribe on AndroidSubscribe via RSSSpotifyCheck out the podcast on iTunes
Subscribe to The Podcast

Chasing deals is common, everyone does it from time to time, some far more than others.

Those that stick with a winning strategy win, those that don’t, won’t.

100% of the truly financially free people I know got there by using the resources of others to help them to the finish line.

Hard Money loans are expensive throughout the duration loan cycle by design which is usually because of the short term involved.

The raising of relationship-based private capital is by far the most economical and viable method of achieving financial freedom by acquiring real estate.

I have never met anyone who escaped the rat race by using 100% of their own money to do deals, the same applies to those who use banks to fund their purchases.  If you don’t learn how to raise private money you will likely never escape the rat race.

Many people feel that raising private money is difficult or maybe even impossible for them.  Therefore because they won’t learn how, they lean towards taking out hard money loans if they don’t qualify for bank financing. Sometimes they will negotiate terrible deals for themselves only because they were grateful to “be allowed” to buy anything at all.

When a private money financial friend thinks about doing business with you they tend to focus more on how you will pay them instead of how much you will pay them. Therefore you must fully understand how your deal will earn a profit for both you and your investors.

If you are not consistent in your investor identity people will see you as a hot mess and therefore be less inclined to deal with you.

When we see a wishy-washy person, many people tend to distance themselves from that person because they are not consistent.  In this episode, I discuss how to improve your position from an investor’s perspective which will make your job of raising money much easier.

This website uses cookies to improve your experience while you navigate through the website. Out of these, the cookies that are categorized as necessary are stored on your browser as they are essential for the working of basic functionalities of the website. We also use third-party cookies that help us analyze and understand how you use this website. These cookies will be stored in your browser only with your consent. You also have the option to opt-out of these cookies. But opting out of some of these cookies may affect your browsing experience.
Necessary Always Enabled

Any cookies that may not be particularly necessary for the website to function and is used specifically to collect user personal data via analytics, ads, other embedded contents are termed as non-necessary cookies. It is mandatory to procure user consent prior to running these cookies on your website.