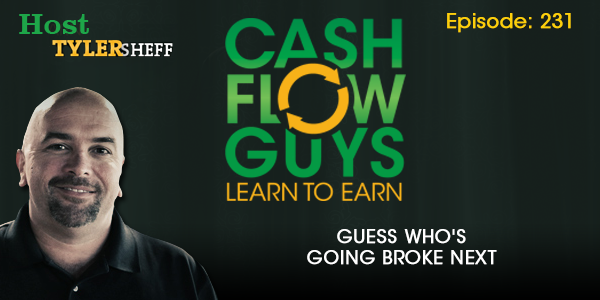 0.75x
1x
1.25x
1.5x
2x
0:00
00:18:07
Apple PodcastsGoogle PodcastsPlayer EmbedShare Leave a ReviewListen in a New WindowDownloadSoundCloudStitcherSubscribe on AndroidSubscribe via RSSSpotifyCheck out the podcast on iTunes
Subscribe to The Podcast

Guess Who's Going Broke Next

This week I want to talk to you about what will most likely prove to be the most important topic of this year….

Let’s talk about you retiring someday… or not.

According to a recent press release provided by the Social Security Administration on April 22nd 2020, both funds will be out of cash in the year 2035.

That’s less than 15 years away…which basically means you will NOT be able to retire off social security at ANY age.

In the 2020 Annual Report to Congress, the Social Security Fund Trustees announced:

The total annual cost of the program is projected to exceed total annual income, for the first time since 1982, in 2021, and remain higher throughout the 75-year projection period. As a result, asset reserves are expected to decline during 2021. (that’s bad)

The year when the combined trust fund reserves are projected to become depleted if Congress does not act before then, is 2035 – the same as last year’s projection. At that time, there would be sufficient income coming in to pay 79 percent of scheduled benefits.

Do you trust Congress to “act”?

Before you answer that…consider this….

“The projections in this year’s report do not reflect the potential effects of the COVID-19 pandemic on the Social Security program. Given the uncertainty associated with these impacts, the Trustees believe it is not possible to adjust estimates accurately at this time,” said Andrew Saul, Commissioner of Social Security. “The duration and severity of the pandemic will affect the estimates presented in this year’s report and the financial status of the program, particularly in the short term.”

Whoa…how about that for a wake up call.  Now let’s dive into the numbers:

Total income, including interest, to the combined OASI and DI Trust Funds, amounted to $1.062 trillion in 2019.

Total expenditures from the combined OASI and DI Trust Funds amounted to $1.059 trillion in 2019.

During 2019, an estimated 178 million people had earnings covered by Social Security and paid payroll taxes

The projected actuarial deficit over the 75-year long-range period is 3.21 percent of taxable payroll – higher than the 2.78 percent projected in last year’s report.

So remind me again why working as a wage slave for the rest of your life is a solid plan?

Who is going to pay you so that you can retire?  Clearly it’s not the Federal Government, heck they admit that themselves in this report.

In learning how to write direct response sales copy, some teach to say “it’s not your fault” to win hearts and minds…but I am not here to sell you trinkets, instead I am here to help you to become financially free so that I won’t have to support you later in life.

If you are hearing the sound of my voice and think that your government or some stranger on Wall Street or even worse, some slimy insurance agent pitching a “be your own bank” scam is going to allow you to retire it will be your fault that you will work until you die.

Those of us under 60 must build streams of income today in order to SURVIVE.  You cannot live off credit cards and debt, eventually, it will swallow you alive.

It’s time to take affirmative action towards protecting yourself from financial ruin.

If you need someone to talk to, book a call with me at CashFlowGuys.com/AskTyler

If you are tired of accepting what is happening around as the “New Normal” and missing out on an opportunity that is right in front of you, please visit MailboxMoneyCourse.com and take immediate action towards charting a new course.