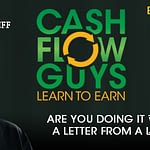 0.75x
1x
1.25x
1.5x
2x
0:00
00:35:36
Apple PodcastsGoogle PodcastsPlayer EmbedShare Leave a ReviewListen in a New WindowDownloadSoundCloudStitcherSubscribe on AndroidSubscribe via RSSSpotifyCheck out the podcast on iTunes
Subscribe to The Podcast

Are You Doing It Wrong- A Letter From A Listener

Below is the email I received, and below that is my reply.

I just want to say thank you for doing what you do and providing so much value in your podcasts. Unfortunately the times available to schedule don’t work right now for me because of work.

I just recently listened to your latest podcast “How to get unstuck” and made me realize I’m doing it wrong.

I want to wholesale houses but as you stated it’s not the best way to get financially free. I can see that from the standpoint of constantly needing your pipe line filled with leads to ensure cash flow is consistent. Also not to mention the amount of taxes taken out! Ouch

My concern is how do I get into these multi family homes without any cash knowing any money private lenders and having unfortunately a shitty credit score.

Maybe I’m just overthinking it…. Thanks for your time.

First, Thanks for listening to the show, and more importantly, thanks for reaching out.

Why do you want to wholesale houses?  Because some wholesaler made you think he got rich doing it?  Reality:  Most wholesalers are poor beyond imagination, the rest may not be poor, but they are all hat and no cattle as they say in Texas…only a fool sits on a pile of cash.

Society lied to us by telling us cash is king, as Robert Kiyosaki says in his new book “Fake” CashFLOW is king, cash is nothing but worthless paper that the government can print at will.

Yes, you will need consistent streams of leads to wholesale, you also need these leads to retail, to buy and hold, to fix and flip, to “subject to” as some people call it… bottom line is you need leads.

The masses need to be educated on what your needs are, whether it be investment capital or opportunity, neither will come to you unless people know you are looking for it.

“I don’t have any money” “I don’t know any private lenders” I call bullshit, you have some money in your pocket, just not enough.  The fact is that those who have money to invest, simply don’t hang out with broke folk, instead they are in places where people with motivation and money hang out (you know where these places are).  These places are where poor folks are uncomfortable the most, and they are doing what poor folks are most uncomfortable doing, which is learning.

Let’s talk about “lenders”.  Frankly, I am not a fan of the term because it brings forth the feeling in today’s society that when someone lends you something, they are doing you a favor, when in fact the reverse is true.  Banks and credit card companies are the most common version of lenders, the reality is that if they cannot lend money, they go out of business!

Mindset shift:  When you help someone invest their money into an opportunity that produces a yield far greater than they could gain for themselves, you are the one doing them a favor are you not?  That said, let’s instead attract people with capital that we can HELP by deploying their capital into worthwhile opportunities.  Without us, those that are sitting on capital actually lose that capital over time because inflation causes the cash to lose buying power.  An example of this is that 20 years ago bottled water cost .10 cents, today I have seen it for sale for several dollars a bottle.  That’s called inflation!

Instead of trying to “find lenders” refocus your mindset into attracting them instead.  As the age old parable says, be a lighthouse, not a tugboat.

Here is the story:

A LIGHTHOUSE can help save boats.

A TUG BOAT can help save boats.

But their functionality and ability in doing so is DRAMATICALLY different.

The TUG BOAT goes out and back pushing and pulling with great effort to try and help/save an individual boat, and in the process runs itself ragged trying to get itself AND another boat to shore.

When you invest time educating yourself to a point you begin to discover and take action on opportunity you will have an awakening that will result in finding all the capital you need to do you deals.

As for having a shitty credit score, FIX IT.  Here’s the deal, and I say this with love..There is a reason why you have a shitty score, and until you man up and do the work to fix your credit and become financially intelligent and responsible you should not be dealing with other people’s money, period.

Have a bad credit score means you are unwilling to do the work / make the sacrifice to do anything about it.  Yes, I understand that bad things happen to good people but if you really want to fix your bad credit you can, without having to use a service.  Yes, you will most likely have to pay your past due bills in full, perhaps you can negotiate a discount and screw the lender out of some of what you promised to pay them originally, but the fact remains there are no shortcuts.  If you don’t have the cash to pay off debt, earn it, it's that simple.

Unless you are a quadraplegic, in prison with a disease that requires you to live in a bubble and not speak to any other living soul ever again, you CAN do this.