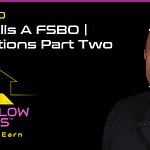 0.75x
1x
1.25x
1.5x
2x
0:00
32:57
Apple PodcastsGoogle PodcastsPlayer EmbedShare Leave a ReviewListen in a New WindowDownloadSoundCloudStitcherSubscribe on AndroidSubscribe via RSSSpotifyCheck out the podcast on iTunes
Subscribe to The Podcast

Negotiating is simply one of the most important skills an investor can learn and master, however, most do not.  Instead, they spend hundreds of hours, and thousands of dollars looking for that magic pill, or that secret thing to say to make the other party give up and give them what they want.

If you find these show notes helpful, perhaps you should register for my list to receive more detailed information on the topics I cover in my show.  You can register HERE

Last week, we heard a seller share the details of his property while I listened to him intently.  I did not interrupt him, or attempt to talk over him, I simply listened.  Larry Harbolt says “God gave you two ears and one mouth for a reason” and he could not be more accurate.  We need to listen 70-80% of the time, and when talking only be asking questions and building rapport.

Your job is to build a relationship, not fight a battle.  “Arm wrestling” not allowed.  Negotiations will take time to accomplish most of the time, but that’s ok….what’s the big rush anyway?  When we rush, we sometimes make spook the seller which can end the negotiations abruptly!

It it critical to  seek agreement on both sides of the table. You are not there “to win” but rather to find agreement that works for both parties in the negotiation.  Read those last two lines again.

Lately, I am running into people who simply won’t stop talking.  I find this to be more commonplace every single day.  To some degree, it's great, especially when you learn how to steer the conversation.  Those who talk too much often do not negotiate well resulting in you being able to get what you need from the deal.  CAUTION:  When you negotiate with a poor listener, they will often get remorse once the details of the deal sink in.

Let people talk themselves out, like fighting a fish.  Eventually they will get tired of talking, and when they do you can set the hook and reel in a whopper!

When dealing with people who constantly talk over you, simply stop talking.  They are not listening to a word you are saying anyway.  Use the time to take notes and prepare your next set of questions.  Be sure to listen to what they are saying and how they are saying it.

Read and Master Dale Carnegie, How to Win Friends and Influence People.  I read this book annually, you should too.

In the movie Jerry Maguire, the line “Help me Help You” was used, which works very well sometimes, depending on how it is said.  Educate the seller that your intent is to help them, not hurt them, that you want this sale to happen.

Text Messaging:  Please refrain from using this to negotiate anything, ever.  Negotiating via text messaging (or email) is ineffective and in poor taste.